ACC will launch a new $22 million injury prevention scheme for small and medium businesses which aims to prevent workplace injuries before they occur.

The funding – $4.4 million per year over five years – would come in the form of grants and subsidies which, from February, small businesses could apply for.

“The subsidies are designed to support small and medium-sized businesses to invest in training, equipment or advisory services that will have a direct impact on the health and safety of workplaces,” ACC Minister Iain Lees-Galloway told the Herald.

For example, the subsidy could be claimed by a small business to reimburse the cost of a health and safety training course for staff.

“The main focus of this is to support the smaller businesses which haven’t previously been able to access this type of support because the barriers have been too high.”

He said the fund would encourage small and medium-sized businesses to take up these opportunities and, therefore, help prevent accidents in the workplace, saving ACC money in the long run.

According to the Institute of Directors, roughly 97 per cent of New Zealand businesses are classified as a small and medium-sized enterprise (SME). 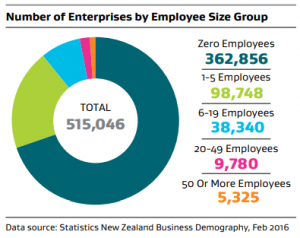 Small businesses are defined here as those enterprises with fewer than 20 employees.

However, there were roughly 60,000 injuries that were not able to be categorised, due to lack of information.

Lees-Galloway said it was hard to pinpoint exactly how much money the scheme would save in the long run – “but everything ACC does invest in, is expected to create a saving overall”.

As well as providing subsidies, the fund would provide grants.

These are designed to support innovation and research, Lees-Galloway said, adding they would probably have an impact on larger businesses, or at an industry level.

A grant could be awarded to help create new technology which would positively impact workplace safety, he said.

Lees-Galloway expected the fund to be popular with SMEs.

Figures from ACC show 94 per cent of businesses said the fund would have a positive impact on their health and safety performance.

The funding for the scheme would come from ACC’s levy accounts, Lees-Galloway said.
In mid-December, Cabinet noted the fund would be launched in early 2019.

Lees-Galloway said the initiative was welcomed by Ministers.

“Cabinet can see the benefits of trying to make it easier for small and medium-sized businesses to engage in activities to improve health and safety.”