Back from the dead? Corporate manslaughter is back on the table

Opinion from Grant Nicholson a Partner at Kensington Swan and head of the firm’s dedicated health and safety team, the largest specialist practice of its type in New Zealand.

The Pike River Mine tragedy in 2010 and the CTV building collapse in the Canterbury earthquake soon afterwards in 2011 put the issue of corporate manslaughter on the public agenda. Despite significant public discussion and debate, no steps were taken to introduce a new law. 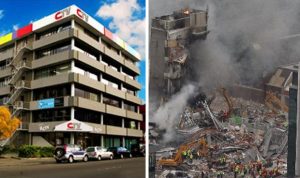 Things have changed. The Police’s decision in late 2017 not to prosecute the designers or engineers of the CTV building reignited the debate on corporate manslaughter and the general election saw a change in Government, with the Labour Party leading a new coalition Government.

The new Justice Minister, the Hon Andrew Little, has been a vocal advocate for a corporate manslaughter law, and a review of the Crimes Act 1961 has given him a perfect opportunity to change the law.

Companies can already be charged with corporate manslaughter in the United Kingdom and Canada. It is also getting traction in Australia, with ACT having had an industrial manslaughter law since 2004, Queensland introducing a law in 2017, and Victoria’s Premier promising a similar law if re-elected later this year. It seems likely that New Zealand will follow suit sometime between now and the next election in 2020.

Why does this matter? An offence of corporate manslaughter will mean companies, partnerships, Crown agencies and incorporated societies can be convicted of manslaughter and face massive fines – Queensland has a maximum penalty of $10 million, and the United Kingdom allows a fine up to 10% of a business’s annual revenue. Even worse, any new law is likely to create a similar offence for senior business executives, with the possibility of long jail terms – the maximum period in Queensland is 20 years.

Politics sometimes makes for bad law, and the need for a corporate manslaughter offence in New Zealand is questionable. Current penalties for breaching the Health and Safety at Work Act are significant, with fines of up to $3 million and five years in prison. Despite this, no one has been imprisoned (so far) and the highest fine to date is $504,000. It is arguable that current penalties provide a sufficient incentive for good behaviour, and that the existing law could be given more time to bed in and start working, especially if the courts are given more guidance about using the top end of the available penalty range in appropriate cases. Adding a new offence with even greater penalties seems a bit like window dressing.

As the Government appears determined to create a new offence, all businesses (and their senior executives) may soon need to look hard at risk management and insurance arrangements. For now, watch this space.

This website uses cookies to improve your experience while you navigate through the website. Out of these, the cookies that are categorized as necessary are stored on your browser as they are essential for the working of basic functionalities of the website. We also use third-party cookies that help us analyze and understand how you use this website. These cookies will be stored in your browser only with your consent. You also have the option to opt-out of these cookies. But opting out of some of these cookies may affect your browsing experience.
Necessary Always Enabled

Any cookies that may not be particularly necessary for the website to function and is used specifically to collect user personal data via analytics, ads, other embedded contents are termed as non-necessary cookies. It is mandatory to procure user consent prior to running these cookies on your website.